The Simple Truth About How Cloud Works! 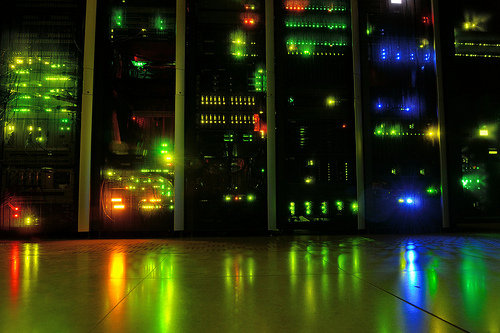 CLOUD COMPUTING is transforming how businesses deliver services online. With many companies such as NetFlix leading the way, the cloud has become an attractive way to focus on delivering great services instead of dealing with the nuts and bolts of technology. Hence, the cloud has become the alternative to building big data centers.

And aside from the normal server, network and storage side of things, another advantage emerging in cloud computing is the ability to integrate with desktops on the user end as well to save money. In recent news both Google (partnering with VMware) and Amazon released cloud desktop services.

So think of Cloud computing as the next internet age where more and more businesses are making use of it daily. And believe it or not, some don’t even know they are using it. For example, if you are using Google Docs or Microsoft Office 365, you are using the cloud.

How Does the Cloud Work?

The basics of Cloud in a nutshell. Cloud computing service providers have trusted networks and specialized data center spanning the globe. They leverage high powered servers where they store business applications and data on their customer’s behalf.

They also provide you and your team of developer’s easy access to their computer resources so they can code and deploy new services on your behalf.

In the cloud, applications, data, and compute resources are monitored 24 x 7. This happens because most cloud service providers are billing for usage. This save on costs because in concept, you only pay for what you use.

The two main areas of a cloud are the front end and the back end.

The front end is the interface which is accessed by the user from their location and device. You can enter the cloud via a web portal, telnet, RDP, or remote desktop to access your virtual servers at any time. This is also known as infrastructure as a service.

The back end is where the heavy lifting is done. It’s where tools and infrastructure make cloud computing possible.

This is all built and supported by cloud service providers.

Another critical service they handle is system and data backups. This is key to meeting their SLA.

Safety is critical and with most cloud providers, it is becoming safer in some cases to use the cloud instead of local resources.

There are new cloud service providers entering the market every day with more on the way. Companies like Google, Netflix, and Facebook have led the way for many to follow.

So in summary, the way cloud works is by leveraging large networks of shared compute resources. These services are then made available to customers via special web services which allow users to log into a portal and provision servers, databases and other software technologies. This all happens as though the hardware was running on their own premise or data center. The same concept can also be done privately which many have chosen to do as an alternative to using public cloud services.